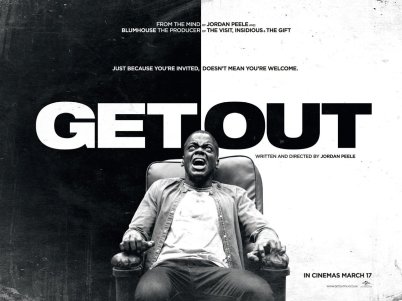 The Best of the Year

10) A Cure for Wellness:  A strange and creepy thriller, this one is a nice, slow burn of atmosphere in the classic Hammer Horror style.  This is probably the only time I’ve liked Dane DeHaan in a film.  And Jason Isaacs channels Vincent Price.

9) Wonder Woman:  Though the ending descends into typical CGI punches and explosions, this is a lot of fun. The cast does a fine job and the script is solid.  This is also the first of the post-Nolan DC movies to feel like a real, coherent film.

8) The Shape of Water:  “Creature from the Black Lagoon” is a foundational film in my cinematic world.  If I had gone into filmmaking, as I’d imagined doing when I was younger, one of my dream projects was a remake (what would now probably be called a ‘reboot’) of “Creature from the Black Lagoon.”  Well, now I don’t need to make it, because Guillermo del Toro has done it for me.  A dark fairytale romance with hints of early Jean-Pierre Jeunet & Marc Caro, it’s a fun and strange film.

7) Sleight:  I really don’t understand how this movie hasn’t found an audience.  This is a great, semi-grounded superhero origin film and it should be seen.  A really interesting script and some solid acting make this film one to seek out.

6) A Dark Song:  If you like jump-scares and gore…well, don’t stop here.  This is an extremely intense, two-person powerhouse of tension.  If you want something more from your Horror than ghosts, possessions, and stupid teenagers, check this one out.

5) Kong: Skull Island:  A far more entertaining film than I expected, this period piece is colorful and fun.

4) Thor: Ragnarok:  The best of the Thor films, this is also one of the more fun entries in the Marvel Cinematic Universe.  It’s colorful, exciting, weird, and a heck of a good time. My only real issue was what happened with the Heroes Three.  It seemed weird, out of place, and almost mean spirited.

3) The Girl with All the Gifts:  Yeah, I was a Zombie Hipster.  I liked them before they were cool.  Back in the 90s, finding zombie movies, much less good zombie movies, was like finding gold.  After “28 Days Later” and the “Dawn of the Dead” remake, suddenly video shelves were sick with zombies, and most of them were lame or boring (many were both).  Once in awhile, though, something special comes along. This is a darned good movie with some strong performances.  Zombie movies aren’t dead, if you dig a little deeper once in a while.

2) Brigsby Bear:  An unexpected entry on this list, this wildly uplifting and deeply weird movie is a treat.  I don’t know that I ‘get’ Kyle Mooney generally speaking, but this movie tapped into some deeper stuff in my own psyche.  It’s a wonderful look at the families we make for ourselves and the passions we explore.

1) Get Out:  I’m sure there are hundreds of very erudite discussions of “Get Out” and its exploration of ‘race’ in America.  But here’s the thing.  It’s also a fantastic Weird Tales film, tapping into ‘Twilight Zone’ and ‘Outer Limits’ territory in all the best ways.  Great performances, awesome music, lots of laughs, and grinding, punishing tension.  I was on edge from almost the beginning of the film, and it didn’t let up until the very end.

This year had such an impressive crop of crap, I was forced to extend my usual 5 worst to 10. Any one of these films was awful enough to be the worst film of the year.  Each one was either excruciatingly dull, or mindblowingly dumb, or both.  Mostly both.

Best Director: Liam Gavin for “A Dark Song.”  Two people, one house, and 100 minutes of riveting tension. Not bad for a feature film debut.

Best Supporting Actress: Brie Larson for “Free Fire” (I’m counting member of an ensemble for this).

Best Actress: Sally Hawkins for “The Shape of Water.”

Best Actor: Daniel Kaluuya from “Get Out.”

The “The Witch” Award for most fetishistic recreation of time period while missing the whole ‘telling a story’ part of filmmaking: Lady Macbeth

The “What Popcorn is For” Award for perfectly enjoyable, but completely inconsequential adventure films: King Arthur & Pirates of the Caribbean: Dead Men Tell No Tales

The “Follow Your Dreams” Award for the movie that reminds you to never give up on what you love: The Disaster Artist

There were definitely some 2017 movies I missed.  I haven’t seen “Mother!,” “Lucky,” or “Killing Gunther” yet.  So, I might want to revisit this list one day.  And in spite of my longer list of bad this year, there was a solid list of good stuff.  2017 felt a bit rough while it was happening, but in hindsight, on the movie front, it wasn’t bad.

Let’s see what 2018 brings us.  Will “Black Panther” live up?  What about “Annihilation?”  With a new Wes Anderson, a new adaptation of A Wrinkle in Time, and “Mortal Engines” coming, this could be an interesting year.

How was this compared to last year?

You can check out my reviews of the movies over on my Letterboxd page.

Check out my Facebook or Twitter.  And take a look at my Patreon page, where I’m working on a novel and developing a tabletop RPG setting. You can also read my fiction over on Amazon.