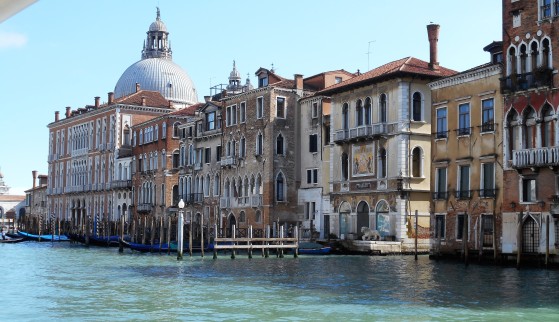 After Rome, on the last full day of our 2016 trip to Italy, we took another high-speed train, this time to Venice.  Before booking our trip, while it was in the planning stages, several people had suggested we skip Venice, that it wasn’t really worth the time.  I’m very, very glad we didn’t listen to those voices. 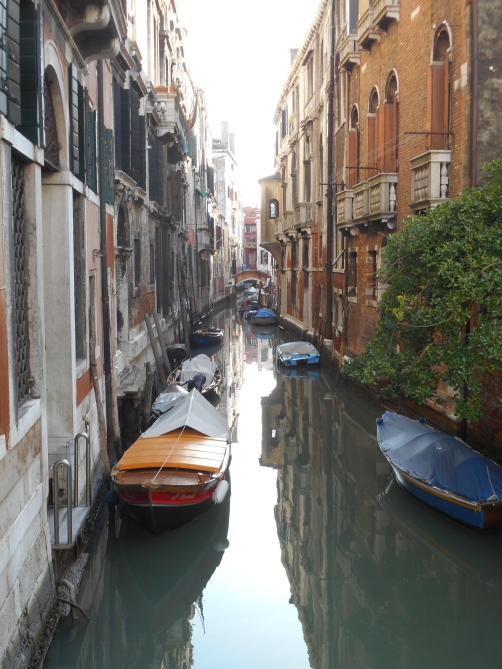 The trip to Venice was as unexpected as the one to Rome, in the other direction.  I had expected picturesque views of Tuscan countryside, and I got suburbs, industrial areas, and the like.  Then you’re over the water on a long bridge, and you see the old city coming up. It looks like a postcard. And that’s something you feel constantly while you’re in Venice.  Everywhere you look, every corner you take, you’re constantly seeing views that seem ready made for an artist to sit down and paint. It is absolutely no wonder the city has attracted them from the start. 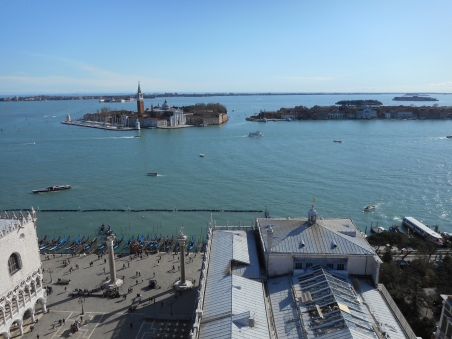 Venice is unique.  On the one hand, it’s become a giant tourist trap.  On the other hand, it’s like a museum. On the one hand, it’s an intoxicatingly exotic bit of history.  On the other, it’s a living and lived-in city full of normal people who want to live their lives. Tourism is a blessing and a curse.  It’s brought much needed money into a city that had lost its place in the economics of the globe. It’s also brought a lot of people, a lot commercialism and pollution. 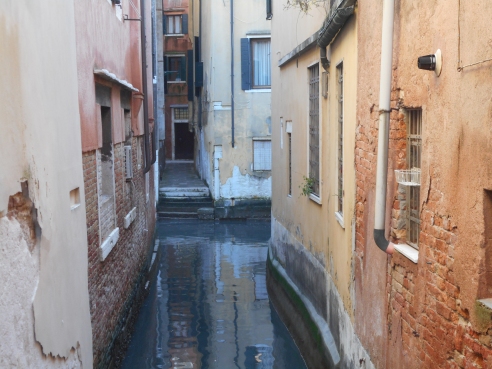 We walked out of the train station and BAM! there was the Grand Canal, just like in the movies.  We took a vaporetto from the docks, down the canal, to St. Mark’s Square. The vaporetto was the most cost effective way to get around for a day – we purchased a single day pass and were able to get on and off as needed.  It was still early enough in the day, and we were traveling in the ‘off season’ (just after Carnival), so the normally crowded square was fairly empty. Going up in the Campanile, into the Basilica, and through the Doge’s Palace, we got plenty of local history and art. 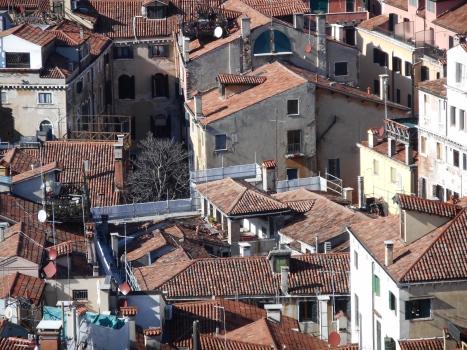 By the time we were finished, we found the square much more bustling and busy.  We grabbed a quick bite and a drink at Caffè Lavena.  We decided to eat the way Venetians do during the day – standing at the counter.  We had a small snack and an Aperol spritz, a truly Venetian drink. We then decided we should start making our way back to the train station.  This is where I first experienced something I particularly love about Venice. It’s a great city to get ‘lost’ in, and fairly impossible to be lost in.  It is a maze of varying sized alleys and streets, twisting and turning at every angle. Bridges, stairs, nearly hidden passages, surprise plazas, and canals everywhere.  It may seem like too much at first, but every few blocks, there are signs pointing you toward the nearest major landmark. This way to Plaza San Marco; that way to the Rialto Bridge.  Easy. The walk was great, with plenty of wonderful sights to see. It made me wish we had more time to wander around, but we were somewhat pressed for time. 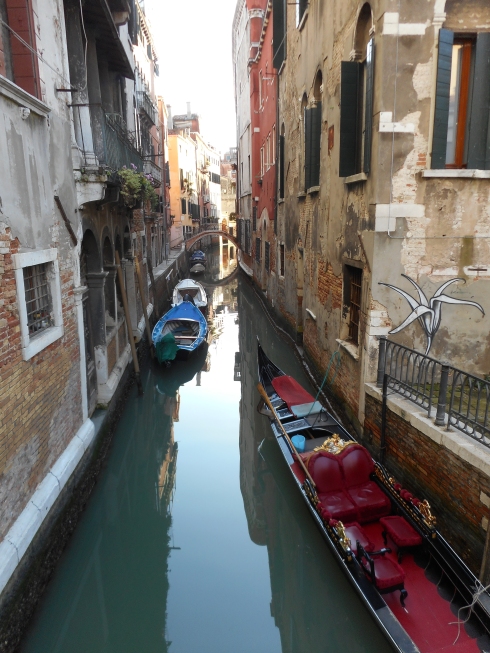 Nearly at the Ponte degli Scalzi, knowing we were close to the train station, we decided to kill a bit of time at a restaurant that was actually open, mostly planning to have a glass of wine or something.  When we found that they served pizza, and to this point we hadn’t had good pizza in Italy (oh, boy…that story…), we ordered a pie. And it was great. Italian pizza redeemed. 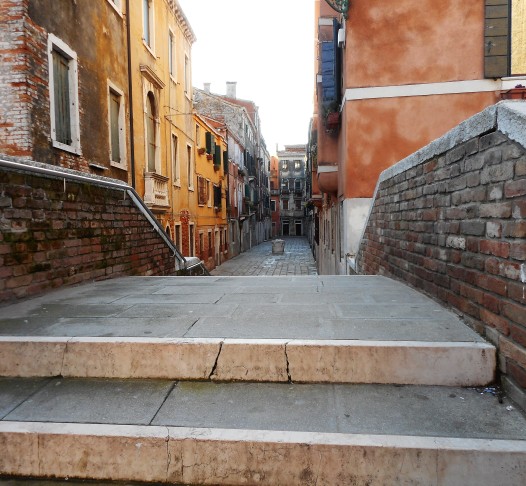 Sadly, our day in Venice came to an end, though we both said right there and then that we would be back.  Spoiler alert, we would indeed return. 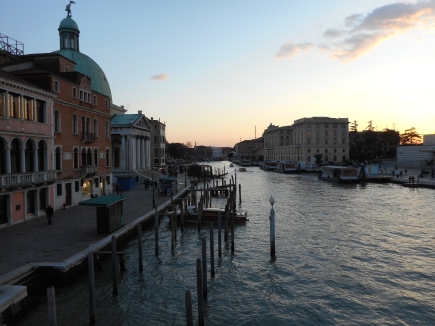 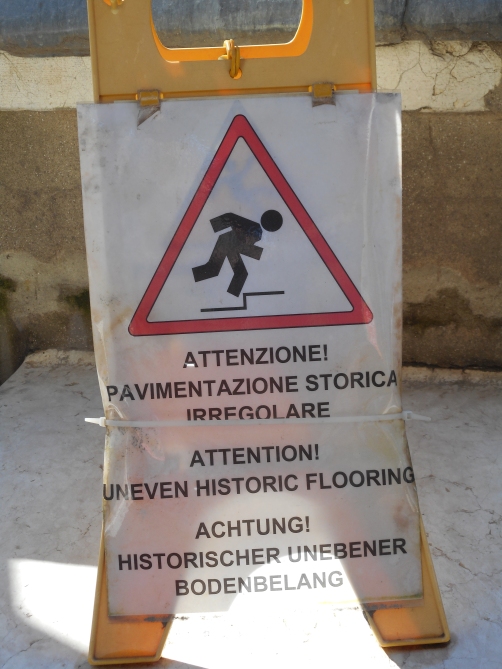