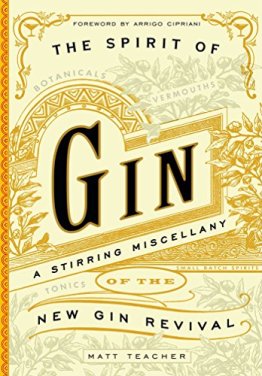 There are countless things you could point to when trying to make the argument that I’m a weird dude.  Just one among many is that I didn’t get into drinking until I was in my 30s, and that I primarily drink as a hobby.  What does that mean? I do drink a bit socially now. I didn’t, for a long time. I don’t drink to get drunk or to feel a ‘buzz,’ though occasionally I’ve gotten tipsy and there are a few times when I wasn’t paying attention that I must admit I was drunk (my wife can tell you about that).  My consumption of alcohol is related to my enjoyment of odd music and why I’ve read up on some fairly wide-ranging topics. I get into a certain subject and I want to explore it. In my early 30s, as I was working on some Tabletop Role-Playing material, I started reading a lot about the 1920s, and it got me interested in Prohibition, which got me interested in what was being prohibited.  So, I started researching rum and gin and whiskey; and cocktails. Well, you can’t just read about flavors and smells. Eventually you’ve got to experience them. It began with martinis, expanded to sidecars and rickeys, and kept going. One thing you couldn’t escape in the cocktail culture of the 1920s underground scene was gin. But what did I know about it, other than that it was the base of so many drinks, and that Hendrick’s is my favorite?  Not much.

Matt Teacher’s book came along while I was working in a bookstore and I knew I had to read it.  A history of gin, cocktail recipes, and a list of labels I’d need to sample. Oh, yes. Cut to several years later and I finally actually read the danged thing, instead of just looking at it on my shelf once in a while.

Teacher does a fine job of exploring the origins of gin, its various rises and falls, where it is today, and where it might be going.  From its Medieval beginnings as jenever, through England’s failed attempt at Prohibition, the London Gin Craze, through its time in America speakeasies, all the way up to its place as a staple among hipsters, home brewers, and independent distillers.  I learned a lot. This history stuff was fascinating, but also some of the technical aspects were surprisingly interesting. You start to see how varied gin can be, and how changing just one thing can totally change its character, be that the botanicals used, the water, the temperature, or any number of other elements.  With sections on bitters and vermouth, I found myself even more invested in those companions, too. The chapter on vermouth especially made me want to find some of the interesting varieties he talks about. It’s such a maligned part of cocktail culture that it’s refreshing to see that some folks are out there giving it its due.

There are several write-ups and interviews with folks from bars and distilleries that often had cool bits of info, too, though these tended to lean toward Hipster bars and places with price tags a bit outside my normal range.

My one complaint about the book is that Teacher and several of those he interviews seem to have bought into the organic food con, which to me is not far off from anti-vaxxers.  I’m all for fresh. Local is good. Sustainable and ethical are great. But organic/non-GMO is anti-science nonsense meant to make money from people’s ignorance and fear. So, that stuck in my craw a bit.  Tuning it out as much as I could, I did enjoy the book quite a bit, and learned a great deal.